The Opium Wars in China and Unequal Treaties

On October 11, 2022, prof. Durval de Noronha Goyos will present his last book at the Faculty 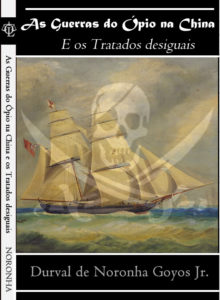 of Law, University of Trento. Prof. Giuseppe Bellantuono will introduce the author and the book. Prof. Ivan Cardillo will coordinate the debate.

Prof. Noronha is the founder of the first international law firm (Noronha Advogados) in a developing country. He has a long-time experience in international trade and represented the most important companies and governments around the world. Prof. Noronha was an “ad-hoc” Brazilian government representative for the Uruguay Round of the GATT in 1992 and 1993 and the President of the Brazilian Bar’s commission on the GATT.

He published more than sixty books in several legal and non-legal fields. He also presided the Brazilian Union of Writers.

The book on ‘The Opium Wars in China and Unequal Treaties’ is prof. Noronha’s latest contribution to the study of Chinese law. The main argument of the book is that the historical events which led to the conflicts between China and the colonial powers in the eighteenth and nineteenth centuries were a key turning point for the bulding of the new global order we still grapple with today.

Details about the presentation can be found here.